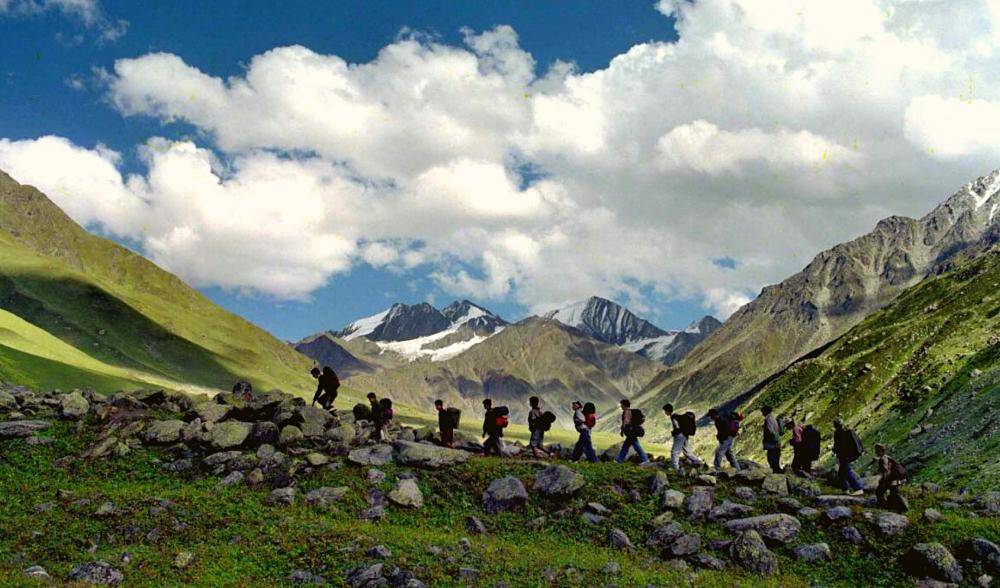 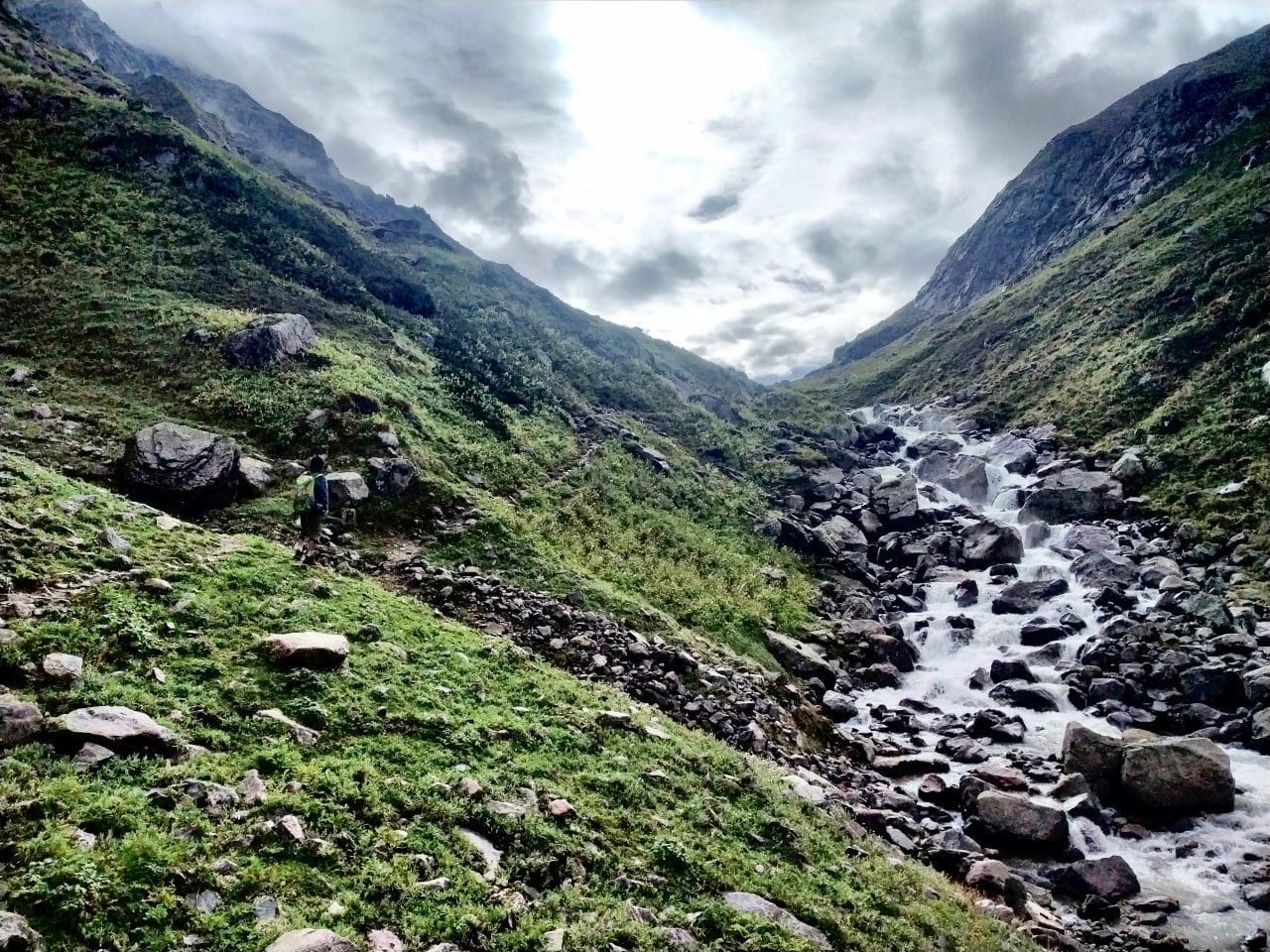 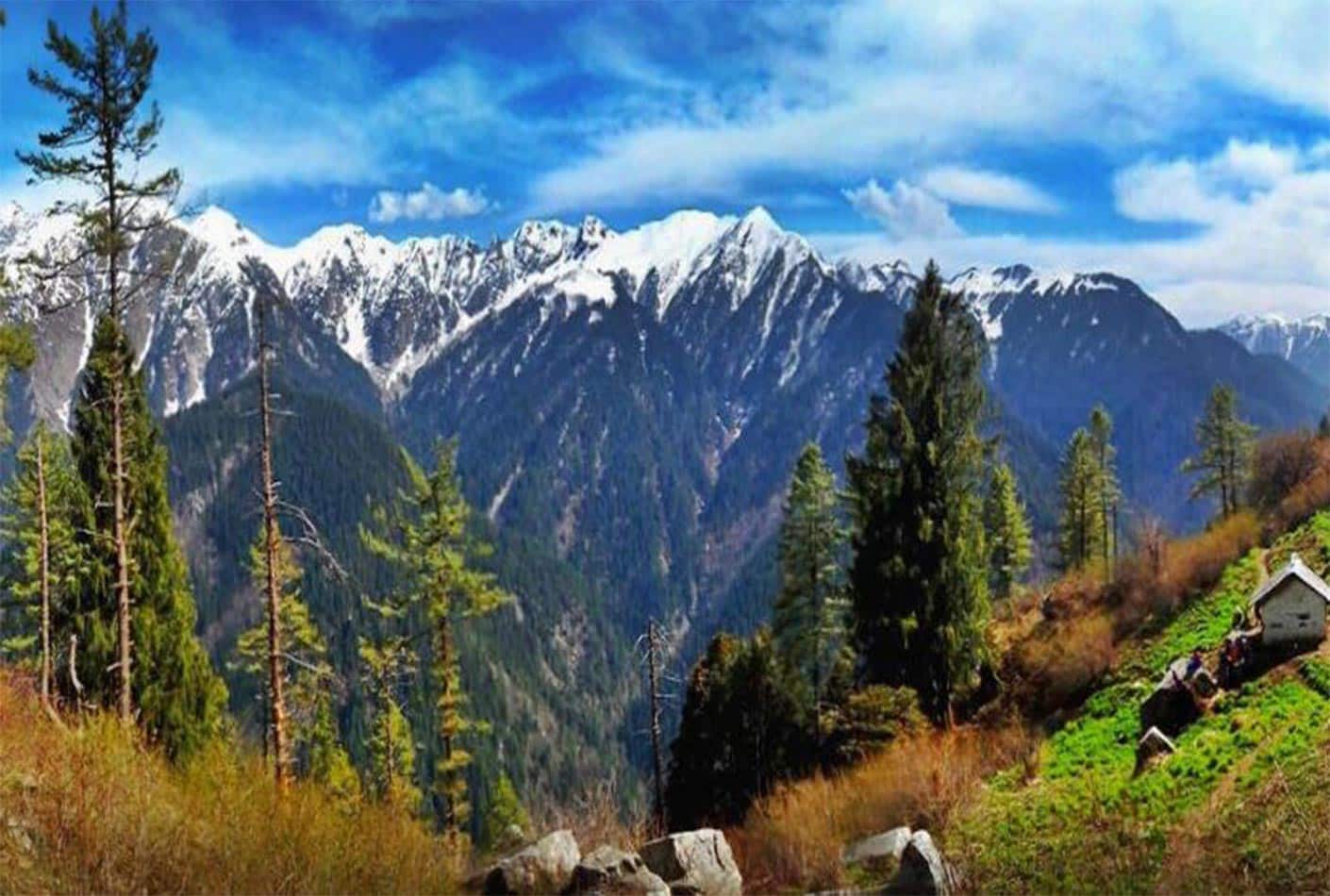 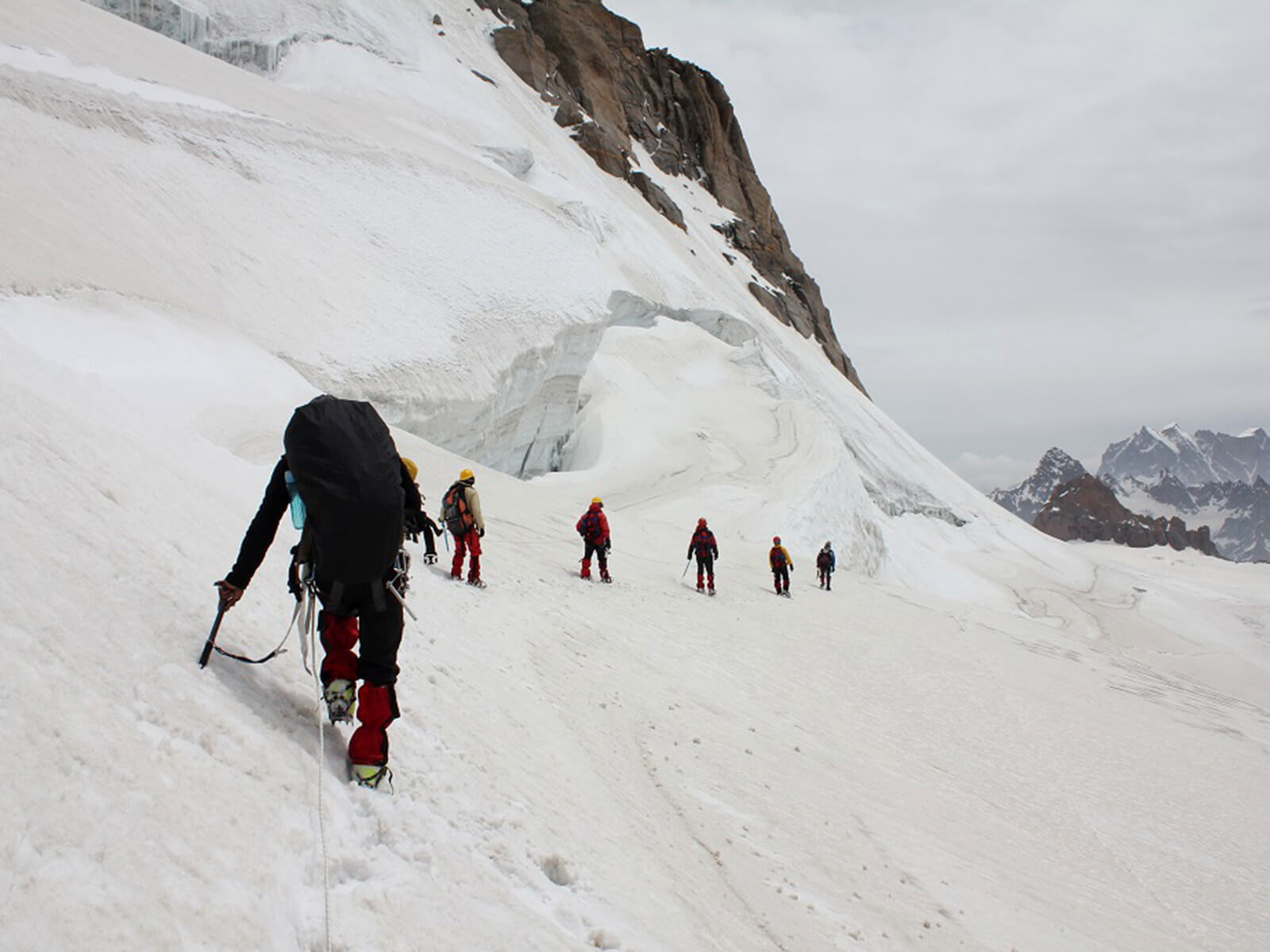 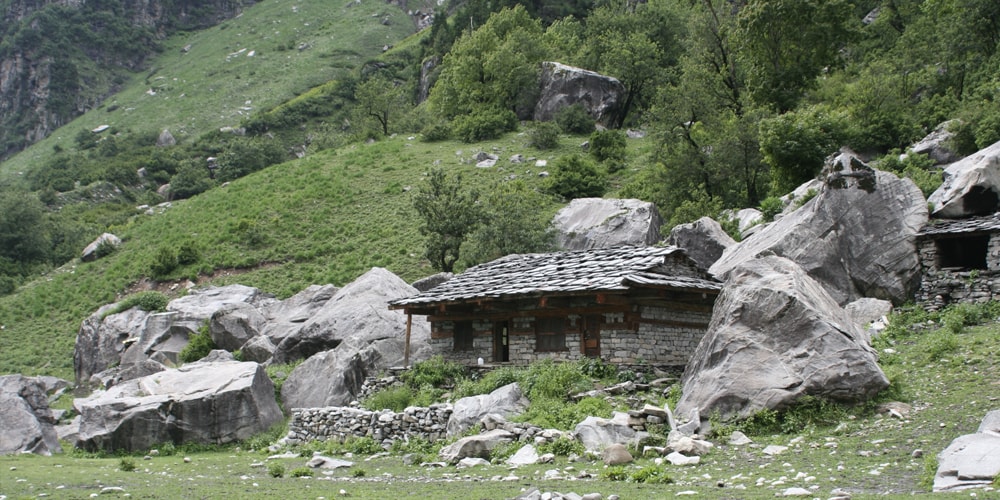 The trail leaves Jagatsukh village, 6 Kms south of Manali. Ascending through small shrubby land and verdant meadows the trail enters a heavily forested gorge with streams flowing by. May through September is the best time to trek here as you get to see hundreds of wildflowers all around. Ascending through a once glaciated region the trail is essentially a shepherd’s path used by the nomadic Gaddis and Gujjars. A most rewarding trek in its scenic splendor. Village Jagatsukh is very famous for its old temple of Lord Shiva and Sandhya Gayatri of Shikhara style, which are worth a visit and once it was the capital of Kullu King.

Arrival in Delhi our representative be there meet and greet at airport. After then will drive to Chandigarh. Chandigarh was one of the early planned cities in the post-independence India and is internationally known for its architecture and urban design. The master plan of the city was prepared by Swiss-French architect Le Corbusier, which transformed from earlier plans created by the Polish architect Maciej Nowicki and the American planner. On arrival transfer to your pre booked hotel for overnight.

Leave after a leisurely breakfast and drive through the foothills into Himachal Pradesh and passing a few towns and numerous villages arrive at the hill resort of Manali by late afternoon. On arrival we check you into your pre-reserved hotel. In the evening take a stroll along the Mall Road the main shopping area.

After breakfast will do half day acclimatization walk through villages, up to Jogini waterfall. Our trek will finished at Vashisht which is famous for their hot sulfher spring. Then we’ll drive to Hadimba Devi temple which’s goddess of royal family. Temple is built in 1553 by king of Kullu Bhadur Singh.

Trek to camp involves walk through the steep section as you start, through apple orchards and forest of blue pine, cedar, oak, fir and chestnut. A small hamlet Hamta, which we pass through, has a very interesting legend as we heard from our ancestors, those who dies, have to make their way to heaven or hell through Hamta. Heard from the local folks, that sound of crying and a sounds of trumpet are often heard. Crying shows that a person is going to the hell and trumpet one known as to be going to the heaven. Mount Inderkilla is known as a place of heaven and Hell. We come across another hamlet of Sethan, village is occupied by a group of people, with the herds of ponies and horses. This community is believed to have migrated from High mountain regions of Spiti & Kinnaur many years ago, known as Khampas (gypsy). From Sethan, further another walk through the forest into the open meadows. Camp at Sarotu Thach with spectacular view of the Dhauladhar Range towards the west.

Over the high altitude meadows of Raurikhaudi (4,200 Mts.) First gradual climb through the open meadows initially providing awesome mountains cape, takes one to the High altitude meadows of Raurikhaudi. On the way, one can have a good scenic beauty of a small mountain tarn in the meadow, where local Sheppard’s of Kullu Valley graze their herds of sheep goat. Next is steep descent through the rhododendron bushes and birch trees with splendid view of Mount Deo Tibba (6001 Mts.), to the base of the mountain (Piyangniru). An absolute Alpine area with massive glacier and moraine. The sight of the Deo Tibba Mountain from Piyangniru, fascinate all the trekkers. Camp at Piyangniru.

The trek from Piyangniru, in the Valley floor along the stream, which originates from the Deo Tibba Glacier and the Deo Tibba slowly drifts away. The whole area is surrounded by high summits, hanging glacier, and massive moraine. This is true alpine zone that we are trekking in. Finally we get to the beautiful meadow of the Marhi. The Camp provide view of mountains ranges to all sides.

First we descend to the other side of the Valley and enter into the tree line. We further walk through the forest of Maple, Pine, Walnut and Pine first to the meadows of Chhika. We camp at Chhika.

This short walk is included in order to allow you to acclimatize before crossing the Hamta Pass. Grassy banks, sloping down from the high cliffs all around, pave the trial. There are some side streams to cross before descending back to the Main valley floor. This area is popular with the Gaddi shepherds in the early part of the season, grazing their flocks before continuing their migration to Lahaul. The camp at the base of the Hamta Pass is named Balugera (3700m) brown bears are said to hibernate in the nearby rock caves during the winter.

From camp there is a short, steep climb over scree slopes before reaching a plateau where you can gain views back down the Hamta Valley and across to the peaks on the far side of the Kullu Valley, including Hanuman Tibba (5928m). The last 200m to 300m to the pass are steep, with views of rock spires and hanging glaciers completing the panorama. The Hamta Pass (4270m), is on the true right side of the valley. However, there is an excellent vantage point for viewing the Lahaul Range, which can be reached by diverting from the main trail through the moraine towards the center of the valley. From here, the peaks of Deo Tibba (6001m) and Indrasan (622 1 m) can also be appreciated. The history of climbing these peaks dates back to 1912 when CG Bruce led a British team on the first ascent of Hanuman Tibba. The next ascent, however, was not until 1966. In between, the first ascent
Of Deo Tibba was made in 1952 after many attempts, while Indrasan was first climbed in 1962. From the pass there is a very steep descent down switchbacks to the valley floor. In June, when the trail is under snow, an ice axe is necessary. On reaching the valley floor, there is a choice of campsites at around 3750m. Those, which are normally selected, are on the true left of the Indrasan River. This area is referred to as Shiaghoru.

An early morning stream crossing, though the water in the stream is very less in the Month of the order of the day before following the valley down on the true right through the boulder field to your first views of the Chandra Valley. From Chatru we drive back to Manali over Rohtang Pass. Evening leisure visit mall road Manali.

On arrival transfer to International airport board on schedule flight to fly home or your further destination.