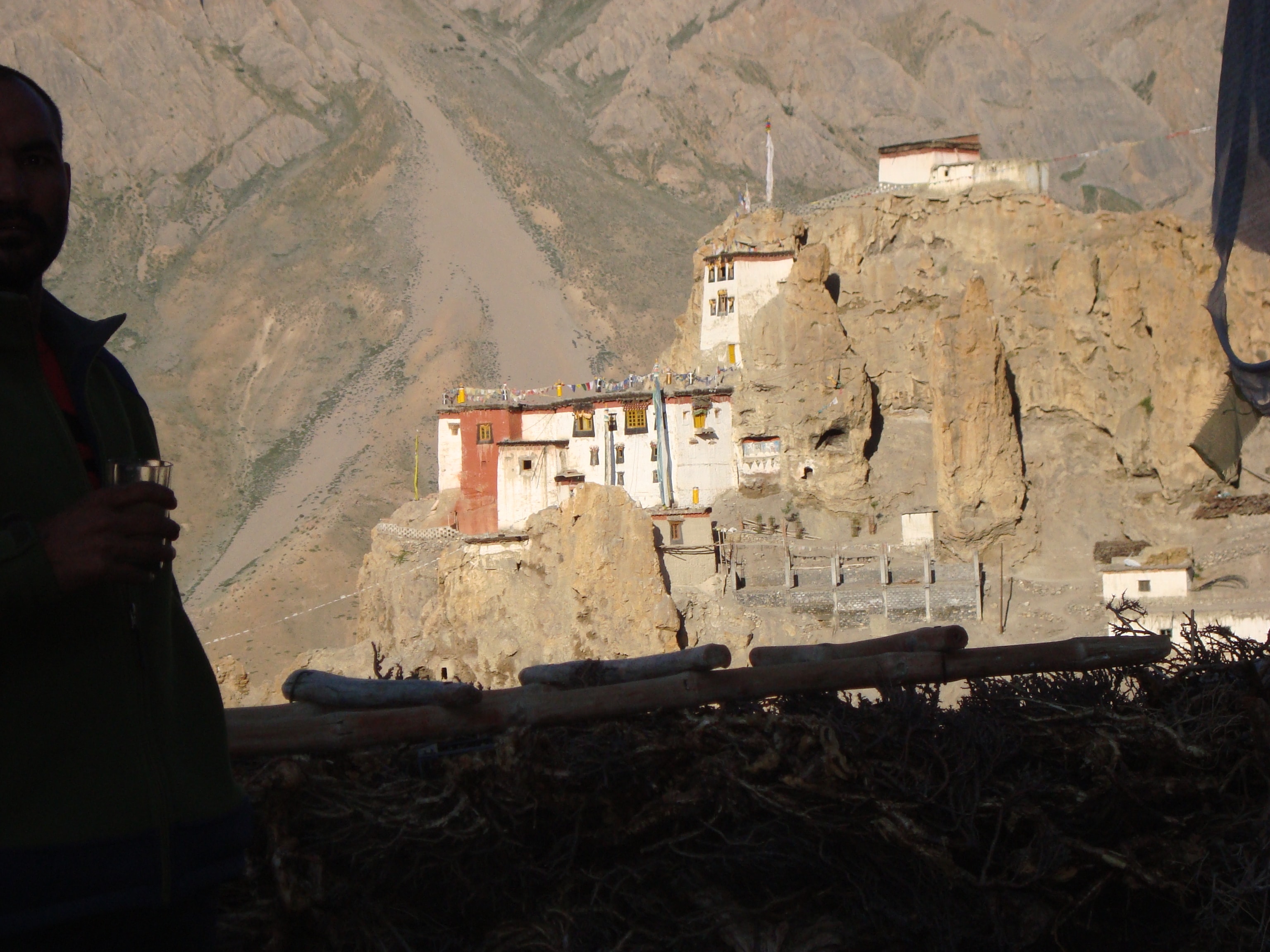 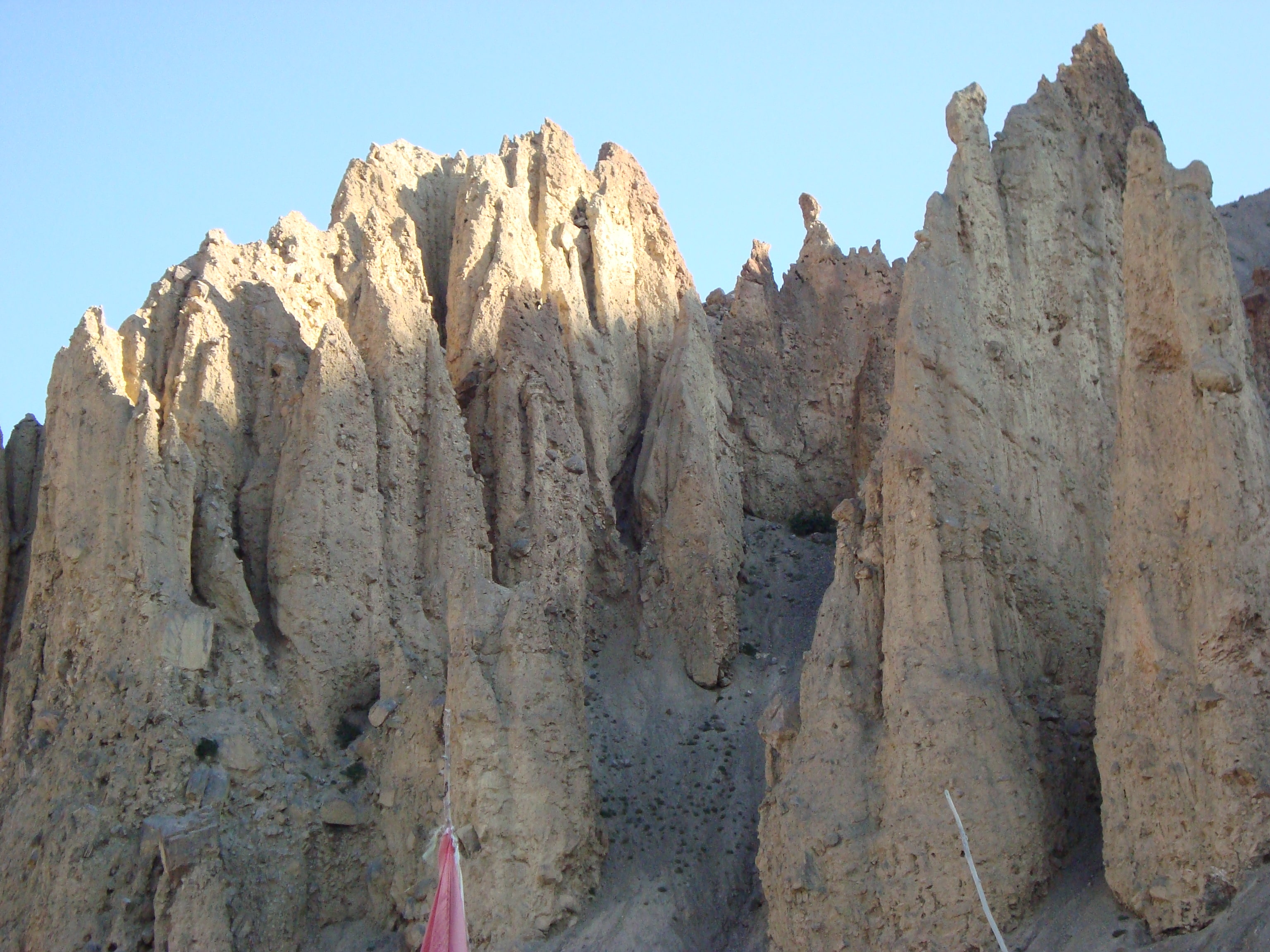 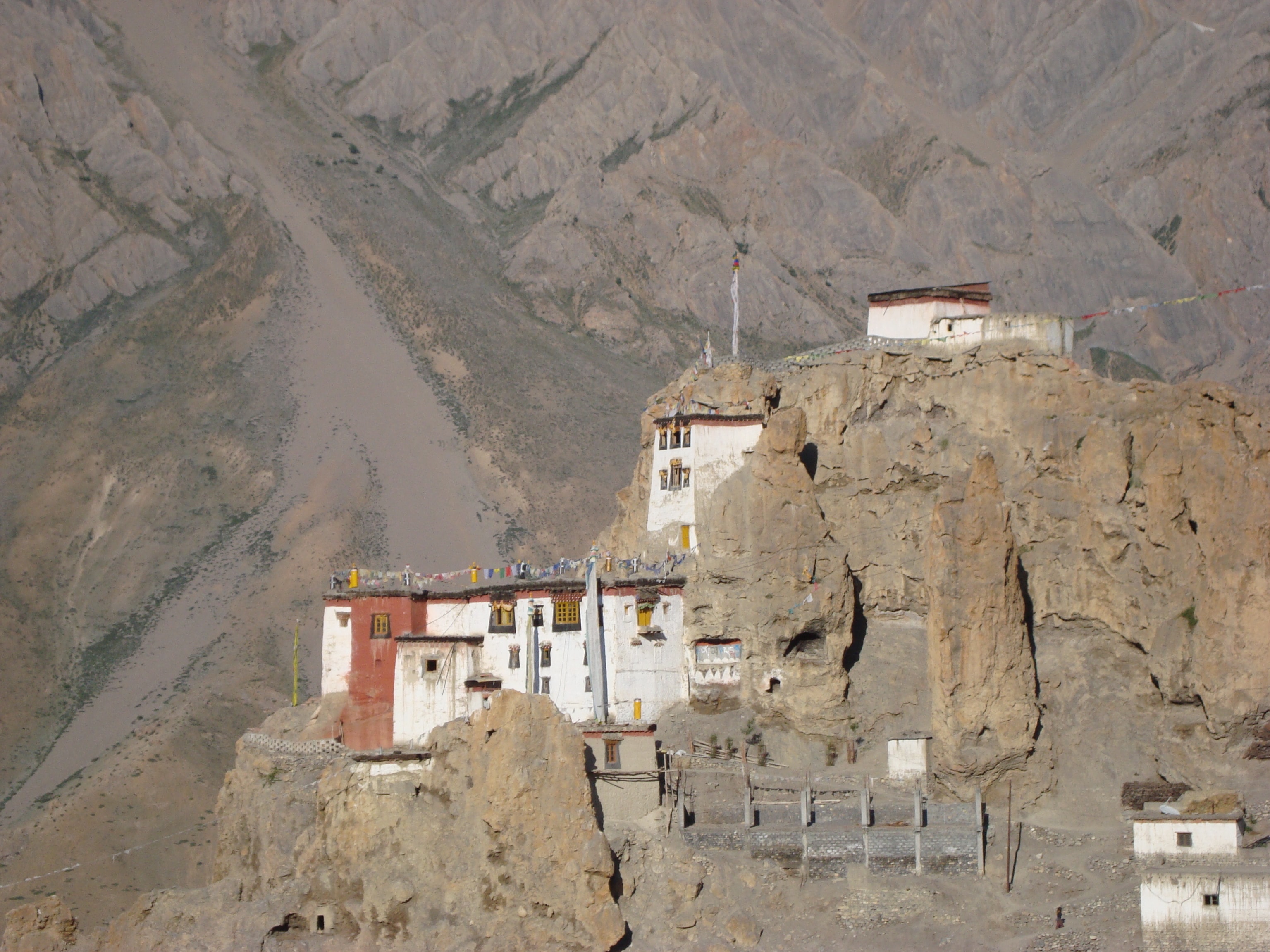 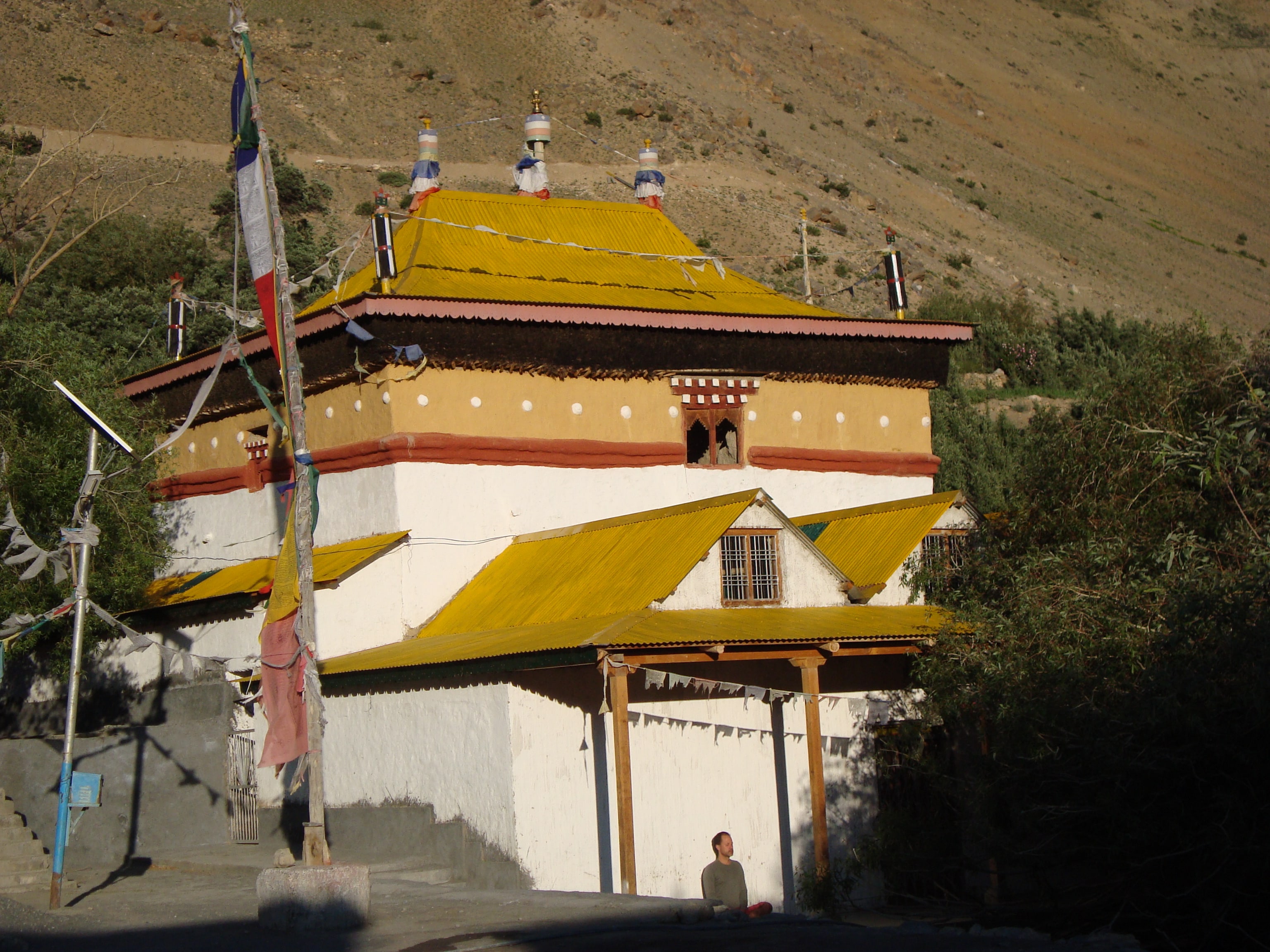 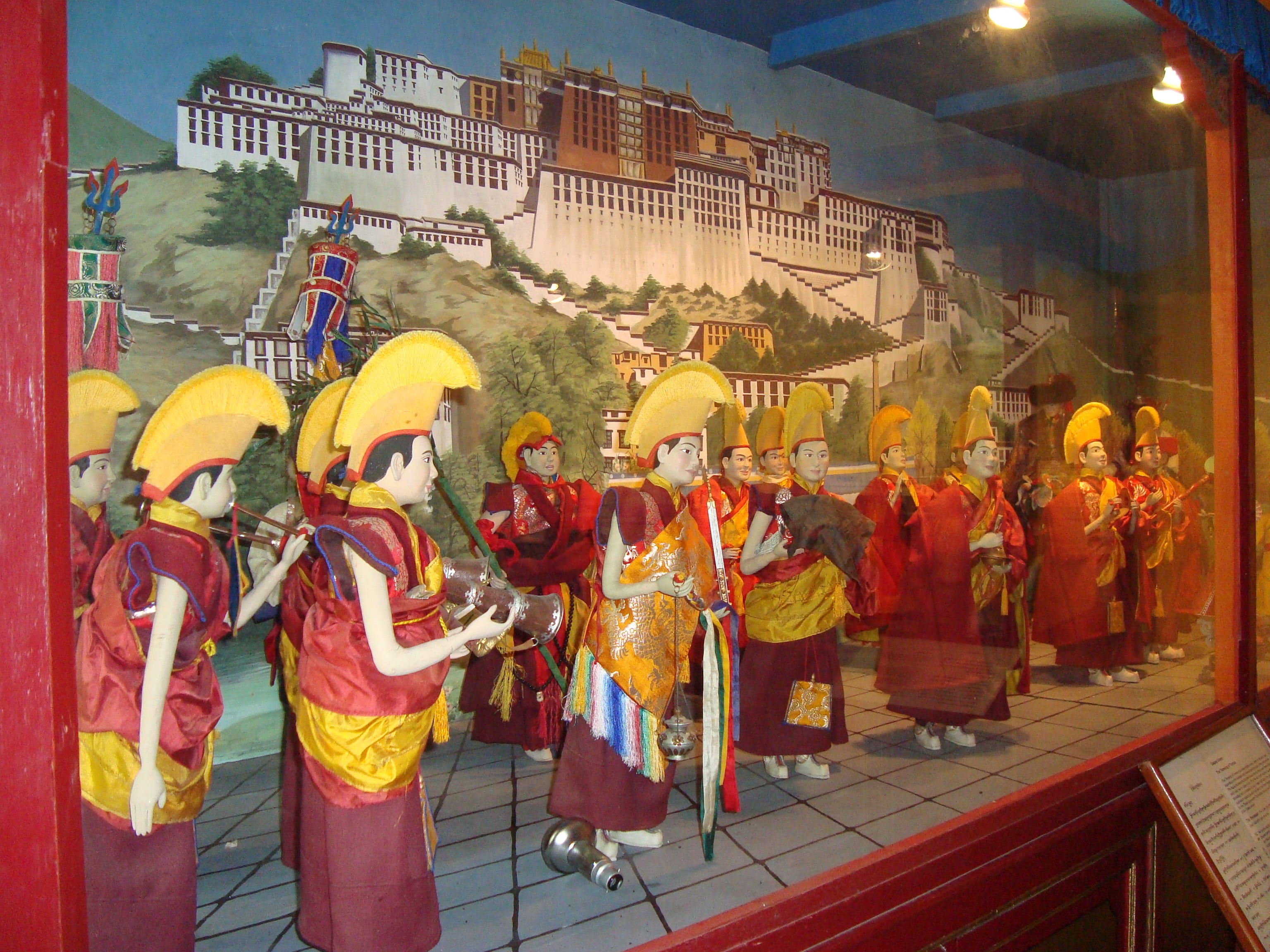 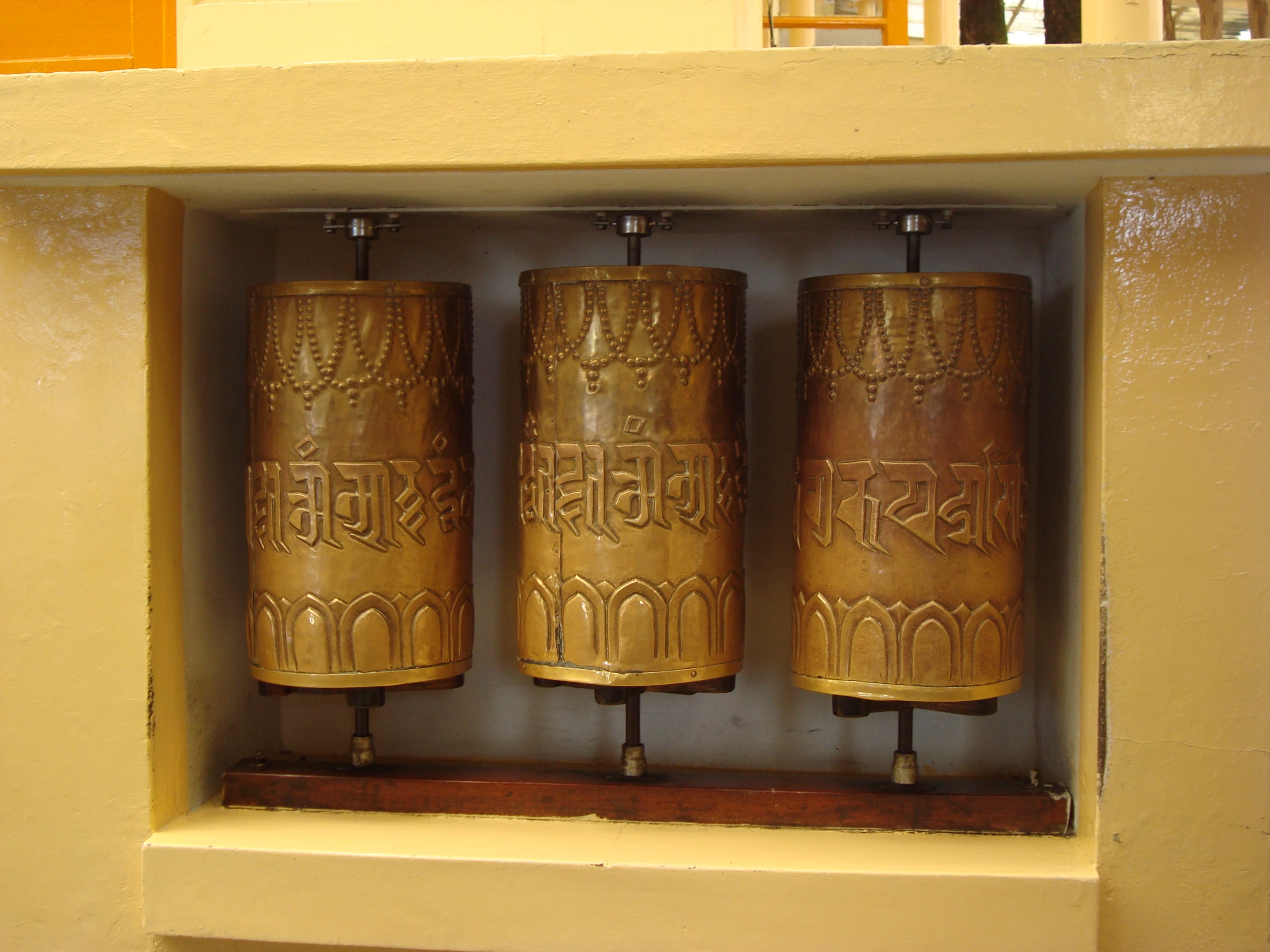 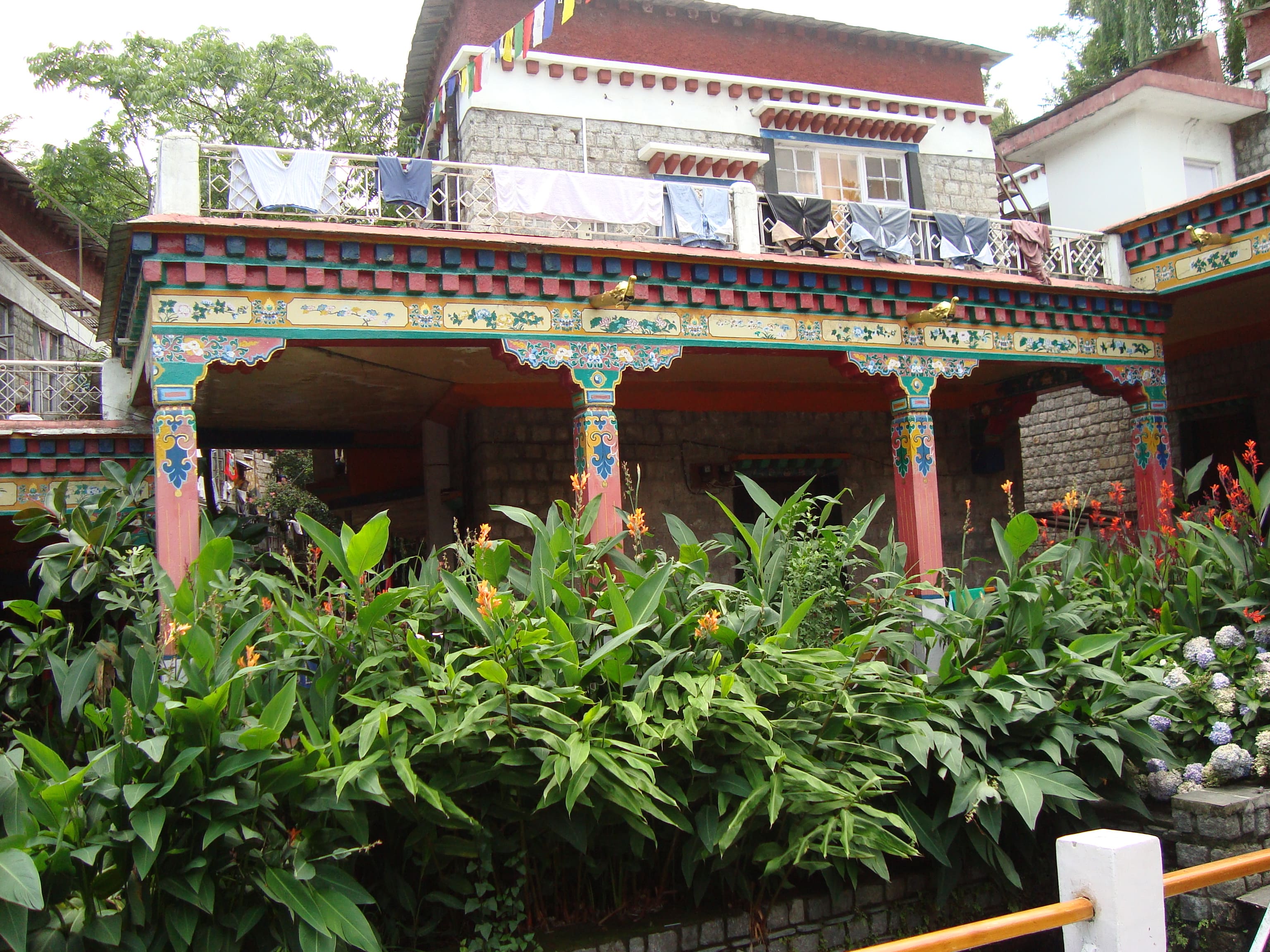 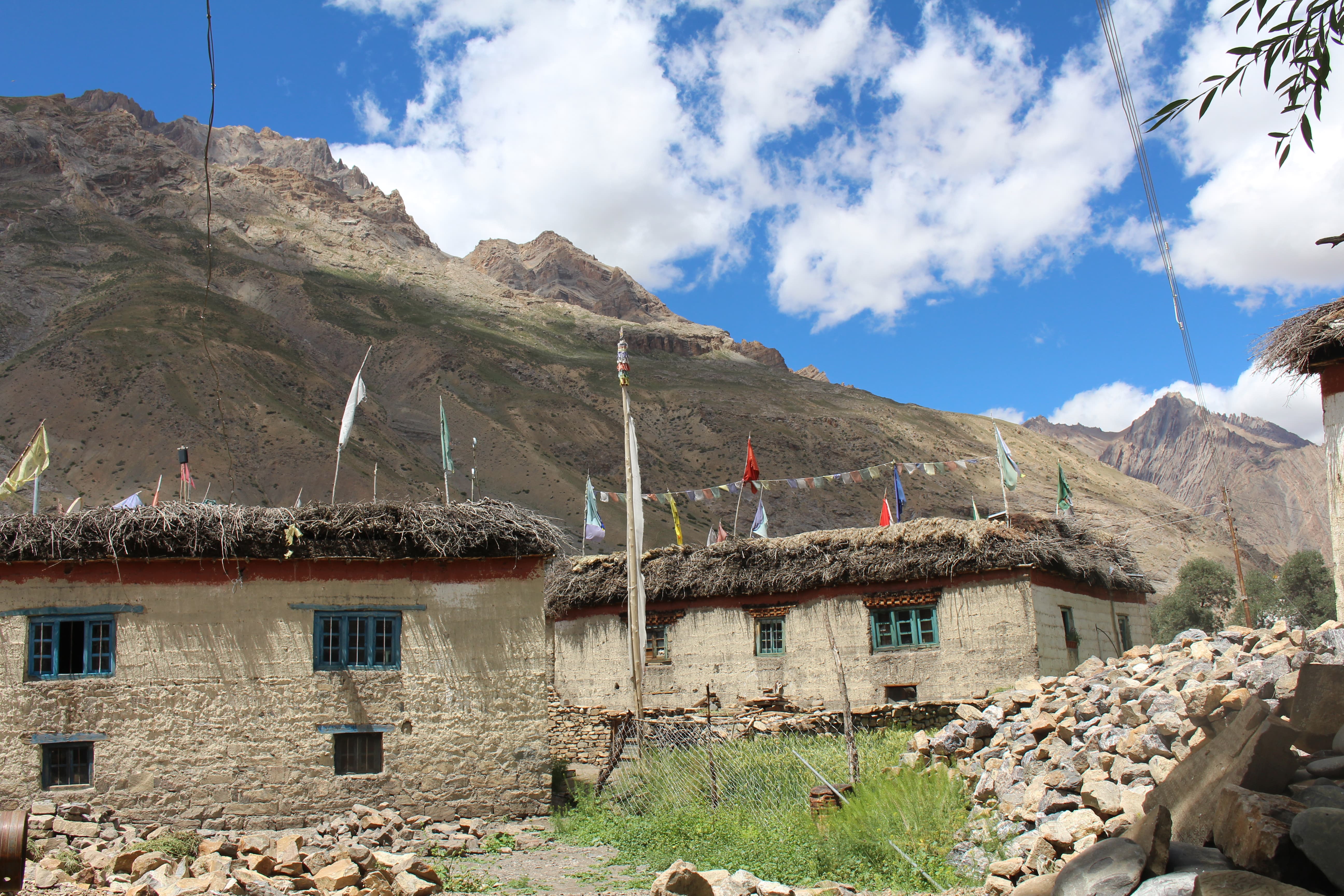 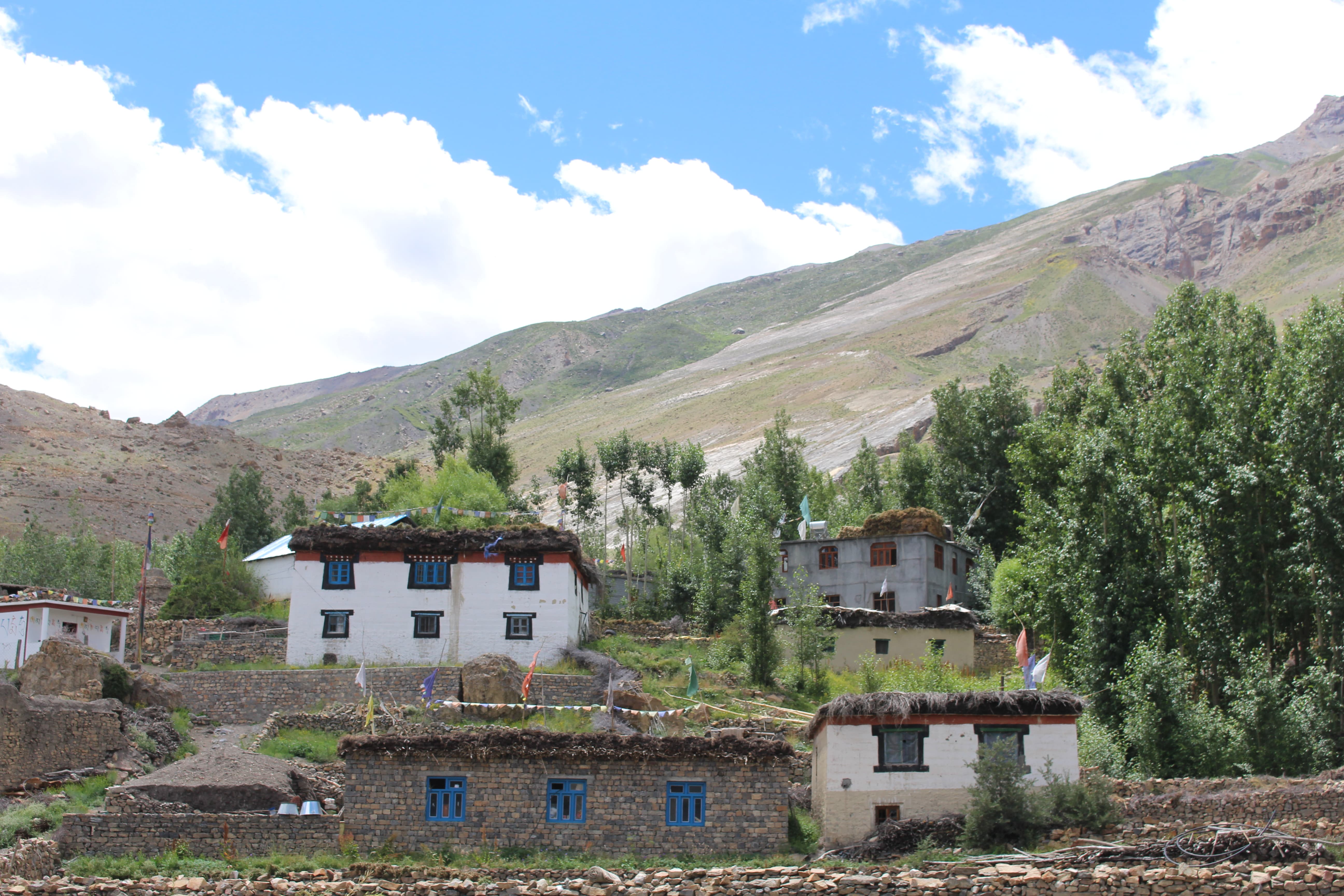 The name Manali is derived from the world‘Manualaya’meaning ‘Home of Manu’ (The power giver), the saint who gave the world the written laws for the first time. Manali is located in the upper Kullu valley, at an altitude of 6000ft. (2050m.), and is one of the most popular tourist resorts in Himachal Pradesh. The place is famous center for adventure sports like Skiing, Heli-Skiing, Para-gliding, and River rafting, Trekking and Mountaineering. Manali is also a launching pad for treks and expeditions in Dhauladhar range, Pir Panjal range, Lahul, Zanskar and Ladakh regions.

The Lahaul & Spiti valleys from a unique socio-physical unit of Himachal Pradesh. These rugged valleys lie at a height of (3000to 4800m.) above sea level.
Spiti is a cold mountain desert, located on the Tibetan border and flanked on the southeast by district of Kinnaur, north –east by Tibet, north by Ladakh, west by Lahaul and to the south by district of Kullu.

The sub-division of Lahaul &Spiti combine to make this Trans Himalayan district of the India state of Himachal Pradesh (The abode of snow.) The district headquarters at Keylong in Lahaul, and the administrative seat of Spiti is at Kaza. Spiti is connected to the Lahaul by Kunzam Pass (4590m.) and to the state capital, Shimla, through the district of Kinnaur.
Translated, ‘Spiti’ means the ‘middle country –a name obviously given as a result of its ties with both India and Tibet fed by several fast- flowing sub- streams, the river Spiti flows through area and joins with the other mighty river of the region, Satluj, at Khab. With freckles of green over a dry, weather-beaten face, Spiti is a cold desert where the monsoon never comes. Stark beauty, narrow valleys and high mountains characterize it. A century ago, Rudyard Killing in Kim called Spiti’ a world with in a world” and a “place the Gods live” a description that holds true to the present day.

A majestic serene lake surrounded by the mighty Himalayan peaks. A vast meadows, is the camping site on the banks of the enchanting lake. During springtime, it is carpeted with hundreds of kinds of wild flowers

Drive through Rohtang pass (3970m.) is situated about 51km. from Manali on the high way to Keylong and Leh. At the start of the climb to Rohtang Pass, are the beautiful Rahla water falls. Here one sees the majesty of the mountains at its height and splendid. At the top of the Pass the air seems to glitter against the snow as you look down over herringboned ridges into the Lahaul valley. A few kilometers away from the Pass is Sonapani glacier: slightly to the left are the twin peaks of the Gepan jagged pyramid of rock and snow crowned. And slowly descend down to over the Pass to the Lahaul valley at Gramphu it divides the valley into Lahaul & Spiti. And turns right hand side at Gramphu towards Spiti and left hand side to the Leh. After that it starts the real safari up to Batal through the rugged and Chandra river valley. Batal is situated at the foot of the Kunzam Pass (4551m) panorama as viewed from the top of the Pass is fetching and inspiring. On the way is Bara Shigri glacier. Bara meaning big and Shigri meaning glacier in Spitian dialect. The glacier is mountainous mass of solid ice, more than a kilometer wide and extending over a distance on 35 kilometers. Over night at Kaza.

Drive up to Ki and Kibber is the highest permanently inhabited village in the world connected by a motor able road .It also acts as the base for several high altitudes treks. At Kibber in the winter temperature drops below –35degree c people still are surviving and persistently repeating the universal hymn ‘OM MANI PADME HUM. After having a look in the Kibber and then drive towards 2 more small hamlets Gete and Tashi gang after visiting these villages  approach down to the Ki- monastery which is 11km.on the way to Kibber and adjacent to the road. Ki- Monastery has celebrated its 1000 years to commemorate the auspicious Kalachakra initiation by His Holiness the Dalai Lama in Aug.2000 for the world peace. I am the repository of rare ‘Thangka’paintings’ and several ancient musical instruments are likely trumpets, cymbals and drums. Its library holds the manuscripts of the sacred Thangur text. The village of Ki is just short of the monastery. Visit Kaza this has the administrative headquarters of the Spiti, a market place, medical facilities a filling station. It serves as the base for the odyssey trekkers. Stay overnight in hotel.

Dhankar Monastery in local dialect, a ‘Dhankar’ in a fort and that is what this monastery once was. Standing high over the valley, this is a superb example of Spiti’s traditional architectural skills. This was once a castle of the ruler of Spiti, the Nano and today, Dhankar is a repository of Buddhism scriptures in the Bhoti script.

Dhankar Lake: A small lake two and a half km up hill from Dhankar Monastery. A pleasant walk with a beautiful view of the mountains.

Tabo monastery founded in 996AD, the Tabo ‘Monastery’ has exquisite wall paintings and stucco statues and is often called the Ajanta of the ‘Himalaya’, after the almost legendry art treasure site in Maharashtra. In terms of area, this is the largest monastic complex in Spiti, and all old section has nine temples,’chortens’, a monks’ chamber and a nuns’ chamber. There are several caves and contemporary structure that form a part of the Tabo complex. In Trans Himalayan Buddhism, Tabo’s sanctity is next only to Tibet’s Tholing monastery. UNESCO has declared Tabo a ‘World Heritage Site’.

Kungri monastery is built in 1330A.D. the Kungri monastery provides unmiskable evidence of the impact of the tantric cults of Buddhism. Pin Valley formed by the Pin River is also the abode of the Snow leopard and the Siberian Ibex.

Pin Valley is formed by the Pin River, which rises on the eastern slopes of Pin- Parvati Pass (5319m.) and meets the Spiti River exactly opposite Lingti Village. On the way the Parahio Nalla near Pokchung joins it. Parahio valley has several peaks and glaciers and it has been declared as a National Park. From Pin valley one can cross to the Kullu valley over Pin Parvati Pass; and to the district of Kinnaur via ‘shakar of Pass (5022m.) or Tarikhango Pass BAWA PASS (4866m.). Pin valley is much more rugged and barren than the main Spiti valley.

The drive leads through the rugged mountain plateau road with a little height gaining up to Hikim. One can have a great view of the mountains cape in Hikim has an exotic appearance. After Hikim it is a gradual as usual drive up to Langza with a breathtaking view of the steep rocky- mountains and the narrow strips of cultivable land of this barren region. On the way it attracts a trekkers by a small Chorten and with a many plain flatten inscribed stones are written on it ‘Om Mani Padme Hun’ a sacred hymn of this   particular land. . It is very favorite route for those looking for fossils and near Komic village is having a famous ‘THANGYUD’ Monastery. The older structure was near Hikim village. But this dilapidated structure was brought down in an earthquake in 1975. Some ruins still remain. It is also connected with road Langza to Kaza and Hikim a small Jeep able mountain road and full of jerk and jolts. During the drive one can cover a rich Buddhism culture of the isolated land of the Shangri-La and tribal people of the middle country.